Traditionally, a VPN works by creating a secure tunnel between a user’s device and a chosen private VPN server and encrypting the data that travels through that tunnel. It is through the VPN server the user then connects to the internet, as a result masking their real IP address.

Unlike standard VPN setup, however, the MultiHop+ routes internet traffic via several VPN servers simultaneously instead of one. This way, the user’s connection is protected with an additional layer of encryption and hidden behind multiple IP addresses from different geographical locations.

Similar to the anonymous Tor network, the servers within the Atlas VPN MultiHop+ chain are selected randomly. However, what’s unique to the MultiHop+ is the fact that the exit server rotates throughout the browsing. It means that each time a user accesses a different domain, their traffic takes a new and random route through the network, making it near impossible to predict and therefore track, and hence resulting in significantly higher levels of privacy and security.

“While regular VPN servers are enough for most internet users, people living in highly censored countries, as well as journalists and activists, can highly benefit from added protection. Currently, users can choose from two MultiHop+ server chains, including Europe and North America. “

MultiHop+ is the second exclusive VPN technology developed by Atlas VPN engineers. In July, the team also introduced the SafeSwap privacy feature, which allows users to have many changing IP addresses without having to switch between different VPN servers.

Atlas VPN is a freemium VPN provider with a mission to make safe and open internet accessible to everyone. In addition to military-grade encryption and protocols, Atlas VPN offers advanced privacy and security features that go beyond basic VPN protection, including data breach tracking tool Data Breach Monitor, as well as malware, ads, and third-party tracker blocking tool Tracker Blocker. 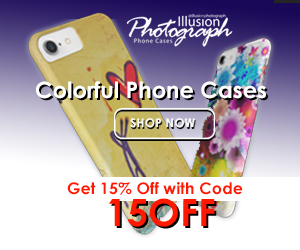 Best Coding Apps for Kids on iPhone and iPad in 2022 dlvr.it/SR29wJ pic.twitter.com/ODTs4zbShU