OS X El Capitan was released today and with it, Apple has focused on two major areas: performance and user experience. OS X El Capitan has the same general look as Yosemite, so you should immediately feel comfortable as you explore its new features. But it also moves a few steps closer to the unified approach that Apple has embedded in its iOS system. And let’s not forget the addition of some beautiful wallpaper options. 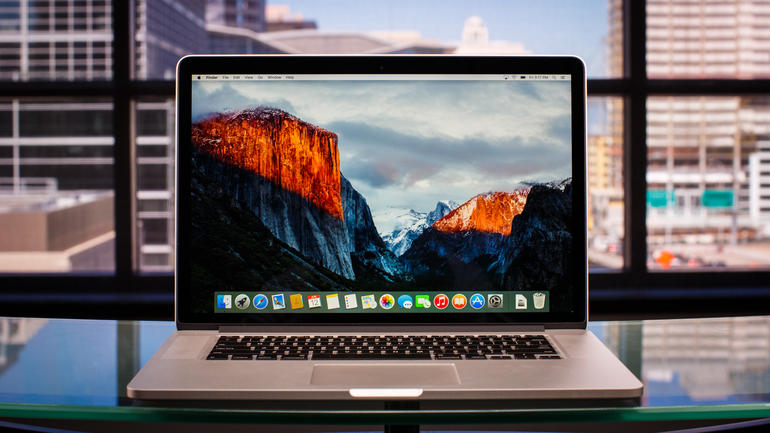 Of course, these speed increases depend largely on the specific model of the Mac you are using, and we expect these statistics apply to mostly newer models so, “your mileage may vary.”

Disk Utility gets a new look in OS X El Capitan. The left column of the window, still has a hierarchical view of all of your physical disks and logical volumes, but the view to the right is different. For physical disks, you’ll see a color-coded map of the partitions on the disk. For logical volumes, that same color-coded bar shows you how much of the drive’s space is taken up with applications, images, audio, movies, and “other,” as well as free space. Below that you’ll see more details, similar to what the old Disk Utility provided. Still more detail is available from an “Info” button which provides information on filesystem and CoreStorage UUIDs and whether the drive is bootable.

OS X El Capitan also uses something called “System Integrity Protection” to prevent the alteration of critical system files. As a result, scripted installers and even privileged admin users can no longer change those UNIX file permissions and then modify them. This should make El Capitan more stable and secure. Apple says that “system file permissions are automatically protected, and updated, during Software Updates.” That also means that there is no longer a need for the Repair Permissions function we have become so use to as a first step in fixing any Mac system issues.

Here is a look at some of the other new features in OS X El Capitan:

Safari seems to be the application that has the biggest improvement.

Safari now has the ability to “pin” sites that you visit most often. Safari will then continually update those sites in the background. When you return to a pinned site, it will be up-to-date as soon as you make the screen active. People who spend much of their day in Facebook and Twitter are sure to appreciate this new feature.

Apple’s window management system is known as Mission Control and is accessible though the Mission Control app or by hitting F3 on Macs. Mission Control displays all of the open apps on your Mac and lets you organize them onto different desktops, which Apple calls “Spaces”. In OS X El Capitan, Mission Control has a cleaner design for quicker window organization.

When composing a message in full screen, you now have the ability to change to another conversation or go back to your inbox. You current email will move to the bottom of the screen. This new feature will make copy and pasting between messages much easier than before.

Emails that contain a phone number or invitations can be shared with apps like Calendar and Contacts with a single click.

Mail now also inherits the swipe function familiar to you in iOS Mail. Using your trackpad, you can delete a message by swiping to the left or mark it as unread by swiping to the right. It doesn’t yet have the …More or Flag options you see in iOS 9 but we wouldn’t be surprised to see that in a future iteration.

Also see:  7 Techniques to Fix a Black Screen on a Mac

The Notes application in OS X El Capitan, has gotten some of the same enhancements we saw in iOS 9. Notes now has the ability to include web addresses, PDFs, documents, photos and more. Here are just some of the ways you can use Notes:

Photos now allows the addition of third-party editing tools. Similar to the iOS version, third party apps will be available in the Mac App Store which will allow for more detailed editing directly in the Photos app. We haven’t seen any of the third party apps yet but we wouldn’t be surprised if these third party apps puts Photos on par with the likes of Photoshop Elements in the near future.

Again, OS X El Capitan is borrowing from its iOS 9 counter-part. Maps has a new Transit view, which displays multiple public transportation option like trains and buses as well as improved walking directions. The public transportation options are somewhat limited and include the following US cities: Baltimore, Chicago, New York, Philadelphia, San Francisco and Washington D.C. For our international friends, Berlin, London, Mexico City and Toronto are also included and we expect that list to grow over time.

Like its namesake, Apple says that OS X El Capitan is “rock solid” and based on our early testing we would totally agree. If you have a Mac that supports OS X El Capitan (and the list is quite long), there is no reason not to upgrade. OS X El Capitan is a free upgrade available through Software Update or in the Mac App Store. You can check out our recent post, OS X El Capitan – Prepare to Upgrade for a full list of compatible devices and some important suggestions of what to do before you start the upgrade process.