We’re likely just a few months away from the release of the iPhone 8. The release will mark just the eighth signature iPhone, but the 10th anniversary of the original device. Because of this, pretty much everyone is expecting a more significant redesign than we’ve seen in quite some time. This isn’t supposed to be a slightly faster iPhone 7. It’s supposed to be a whole new device that could change the trajectory of the industry, at least from a design and capability standpoint.

But what will the new iPhone 8 mean for gaming? We’re at an interesting point in the video game industry, when a lot of new technologies and ideas are being introduced. Combine this with the growing excitement about how the iPhone 8 will change things, and expectations for gaming might be a bit higher than usual. Given all this, let’s look at a few changes, additions, and capabilities we could imagine coming with the iPhone 8.

If you’re reading about iPhone 8 speculation, you’ve almost undoubtedly heard the rumors that Apple is working on augmented reality gaming. CEO Tim Cook has famously hinted that he sees more potential in AR than VR, and there’s some question of exactly what that means. With Apple already lagging behind Samsung and Google when it comes to introducing VR/AR tools that can be paired with mobile phones, it seems like a safe bet that Apple will be releasing something similar to go with the next iPhone.

There are strong indications out there that Apple is building next-generation wireless charging into its new phones. This could result in charging capabilities allowing phones to gain power from up to 15 feet away from chargers. That means that offices, homes, and cars could be equipped with chargers so that our new devices are taking in power as quickly we’re using it. This innovation isn’t specific to gaming, but it’s something that gamers may really come to love about the iPhone 8 given the way many games drain batteries.

Also see:  How to Optimize the Keyword Field for Your iOS App

Online casino gaming is becoming more sophisticated, and some of the newest features are already being made available for phones and tablets. Most notably, the trend toward “live dealer gaming” (viewing dealers through video feeds) has been developed for mobile gaming, leading to the most innovative casino games yet on phones. This is not specific to the iPhone 8, but it could lead to a trend toward more advanced (and more popular) casino games on mobile devices. This would also happen to be right around the time that the iPhone 8 grabs our attention. 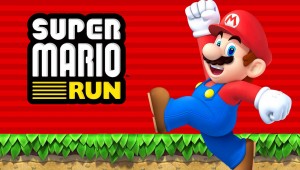 This is another broader trend in gaming, though it could also be specific to iPhone 8. You may recall that, Apple spent a lot of time promoting its Super Mario Run game, and by extension its unique partnership agreement with Nintendo. Meanwhile, Nintendo is also experiencing a resurgence in popularity. Super Mario Run was a hit, the Nintendo Switch looks like a success, and even Pokémon has made a big comeback in gaming and pop culture. Don’t be surprised if Apple looks to capitalize on all of this and promote more Nintendo-related gaming content alongside the iPhone 8, or soon after its release.

One of the most exciting features rumored for the iPhone 8 is a new camera that will allow users to take 3D selfies. But even more exciting is the fact that those same selfies might be used to create characters in AR gaming experiences. That means when you open up your iPhone 8 to start enjoying some brand new games, you might be controlling a character designed from a photo of yourself.

Also see:  10 Reasons to Buy at the Apple Store