For many of us, our primary photography device has become our iPhone. And even though the camera quality continues to improve, there are times when it would be nice to be able to add some variety to the shots you take. For that, you might want to consider the Olloclip Core Lens Set.

There is no shortage of accessory lenses for iPhone. Most follow a similar design of a single lens mounted to a spring clip that attaches over the lens of your iPhone. 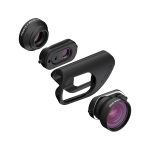 The Olloclip Core Lens Set takes things a step further. In the box are two lenses (Fisheye and Super-Wide), each mounted in a plastic frame. Those frames clip into a mounting bar, called the Lens Connect System, which slips over the top of your iPhone. You can switch between the Super-Wide and Fisheye lens just by flipping the Lens Connect bracket around. You get instant access to a 15X Macro lens by unscrewing the Fisheye lens. 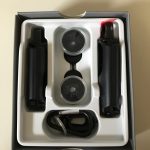 iPhone and doubles as a mini tripod to hold you iPhone, a carabiner clip and split ring loop that attached to the carrier so you can clip the carrier to a belt loop or lanyard so you always have the lens and mounting bar handy. There is also a dust cloth to wipe off the lenses, two plastic lens caps, two extra mounting clips to attach single focus lenses to the mounting bar and the usual instruction manuals and warranty paperwork. We used the Olloclip Core Lens Set with our iPhone 7 but there is also a Lens CoNnect System for the iPhone 7Plus in the box. This would be handy if you have an iPhone 7 and a family member has a 7 Plus as you could share a single Olloclip Core Lens Set between you.

Overall, the Olloclip Core Lens Set is small enough to take anywhere. Measuring 1.1” high x 2.5” wide x 1.8” deep, and weighing a mere 1.2 oz., you can slip it into your pocket or purse without it getting in the way. The lens are constructed from premium multi-element coated glass to provide a superior picture quality.

The Super-Wide lens provides a 120 degree field of view, while the Fisheye lens creates a nearly 180 degree image.

Here is a video from Olloclip that provides some nice examples of what this lens set can do.

The basic Olloclip concept of having multiple lens readily available is good in theory but presented some challenges during our testing.

First and foremost, we were unable to use the Olloclip system with several of the cases we tried it with including the Caseology Skyfall case and several of the Moshi cases we previously reviewed (read our review here). We had to remove the case completely to get the Olloclip bracket onto our iPhone 7. Olloclip does make the Ollo Case which has a cut-out at the top that allows the Olloclip system to attach to the iPhone. We did not actually have an Ollo case for testing but from what we can tell, it leaves at least a portion of the top of the phone exposed when the clip is not being used. That may not matter to some users but we see it as a negative in the overall design. Our preference would be to have a case that fully covers the iPhone and perhaps has a panel that can be removed to allow you to attach the Olloclip Lens Connect System.

We have also heard of some user complaints that sliding the Olloclip system onto their iPhone has resulted in small scratches on the back of the iPhone itself. This has apparently been most obvious on the new Jet Black finish introduced with the iPhone 7 and iPhone 7 Plus. We did not notice any scratches on our gold iPhone 7 but can’t say what might happen with repeated use.

Also, the Connect Lens System covers the iPhone flash which all but eliminates the ability to use these lenses in a poorly lit room or for some interesting night photographs.

When not using the Olloclip on your phone, the bracket can be attached to a plastic holder that can be easily clipped to a belt loop, a backpack or a lanyard to wear around your neck. With the Olloclip removed, the folder folds open and can act as a tabletop stand to hold your iPhone steady.

People will have different opinions as to whether these issues are important to them or not. What really matters is what the pictures look like and on that point, we think the Olloclip Core Lens Set performed extremely well. 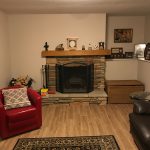 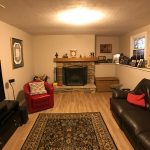 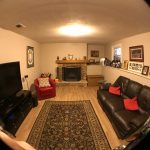 We have to admit we initially questioned whether we would have any use for the Fisheye lens as those shots tend to be a novelty but after seeing these results we expect we would get much more use out if it then we expected.

The 15X Macro lens worked equally well as you can see in the pictures below. 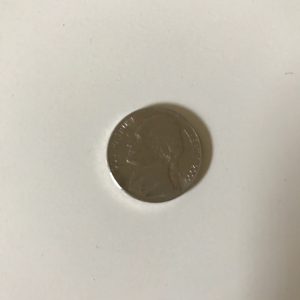 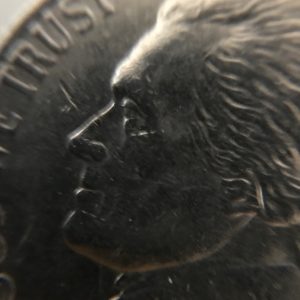 The shot on the left was taken without a flash used the standard iPhone 7 lens. Any closer than this and we could not get a focus image. Using the 15X Macro lens gave us extremely sharp detail but because we got so close, created a shadow. We would have like the ability to use the iPhone flash but since that is blocked by the Olloclip Lens Connect bar, that wasn’t possible. If you are planning to do any indoor macro photography, you may want to consider having an external light source available.

In addition to the Olloclip Core lens Set, there are two other sets available for the iPhone 7 and iPhone 7 Plus.

The Olloclip activity Lens set comes with a 2X Telephone Lens, and Ultra-Wide lens and the same Connect Lens System we had in the Core Lens Set. There is also a Macro Pro Lens Set designed for users who need to focus on close-up photography. It offers a 7X Macro, a 14X Macro and a 21X Macro as well as the Connect Lens System.

Perhaps the biggest selling point of the Olloclip Core Lens System is the ability to add additional lenses to the Connect Lens System. What confused us is how to actually buy those lenses. A search of the Olloclip web site didn’t seem to turn them up and although we have stumbled upon them during a search of Amazon, when we actually went looking for them, we couldn’t find any. We think Olloclip would be well served to make these extra lenses more visible on their web site.

The Olloclip Core Lens Set is a high quality lens set for your iPhone 7 or iPhone 7 Plus. The picture quality was excellent and while the concept of having multiple lenses at the ready is a great idea, the execution of that concept has a few rough edges.

The Olloclip Core Lens Set for iPhone 7 and iPhone 7 Plus has an MSRP of $99.99 and is available from Amazon, as well as the other Olloclip Lens Sets.

The Ollo case for iPhone 7 and iPhone 7 Plus has an MSRP of $29.99 and is expected to ship in March.

If you have an older iPhone, you can check out the other Olloclip models here.

We wish to thank the folks at Olloclip for providing the Olloclip Core Lens Set for our review.