We previously report on the latest Airport Extreme Base Station (read our review here), as well as many other competing router products (read our reviews here).  On November 21, 2016, Bloomberg News reported that Apple will no longer develop wireless routers, and has reassigned the engineers in that division to other projects.

Apple’s current wireless router line includes the Airport Express, Airport Extreme Base Station and the Time Capsule.  All of which have not been updated in years. 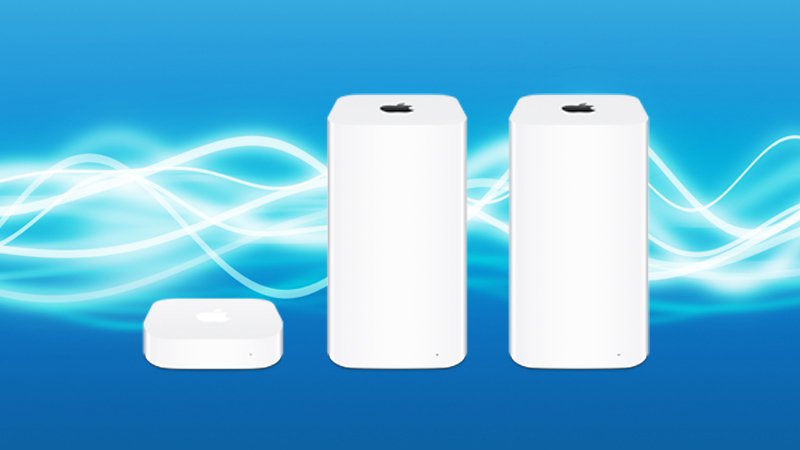 We have always been a fan of the Airport product line and, like many users, have been loyal to the brand as it progressed from the 802.11g to 802.11n and to the current 802.11ac versions.

At one time, features like AirPlay for streaming music from your Mac or iPhone, and support for remote Time Machine backups set the Airport product line stand apart from all other competition.  But that is changing rapidly.

In recent months, companies like Netgear, D-Link, Belkin and Linksys, have introduced new hardware that includes most of the features of the current Airport product line, and in many cases, added features that Apple has failed to introduce.  Features like Beam Forming, Quality of Service and perhaps most important, remote access to an attached hard drive, are drawing customers to different brands.

That said, the one things that made the Airport product line stand out from the rest was its easy set up and rock solid performance.  For many people unfamiliar with home networks, using an Airport wireless system was just one more reason to stay within the Apple ecosystem since, like all of their other Apple products, “it just worked.”

Apple certainly has a history of walking away from certain product lines and technologies they feel have become commodity items.  From the LaserWriter printer, to Firewire and the 30 pin connector to the more recent 3.5mm headphone jack and the Apple Display, people are taken by surprise with Apple’s sudden change in direction.

It will be interesting to see if Apple adopts a third party for wireless routers, much like they have recently adopted LG for their displays.

For now, all of the Airport products are still available on the Apple web site and there is no indication that they will be retired any time in the near future.  However, if, like us, you have an active Airport network in your home or office and you are still using some of the older equipment, you may want to consider upgrading to the current versions sooner rather than later, to ensure your Airport network will remain functional as long as possible.

Given this information, we will no longer be tracking these products in our Buyers Guide.

The survey was compiled from 3,037 current wireless router owners who purchased their devices between October 2015 and October 2016.  The survey measured customer satisfaction in 10 areas (listed in order of importance): W-Fi range, reliability, speed of upload and download, restore connections easily, security capabilities, price, ease of use, variety of features, intuitive user interface and customer service.

How does this news impact you?  Are you looking for a new router?  Will you still consider the Apple Airport product line?  Why not joint the conversation and leave a comment below.

If you liked this article, please consider sharing it with your friends.