While WWDC 2018 is still months away, it appears we won’t have to wait that long to find out about some new Apple products.  Earlier today, Apple sent out invitations to a March 27, 2018 Apple Media Event that they are calling Let’s Take a Field Trip. 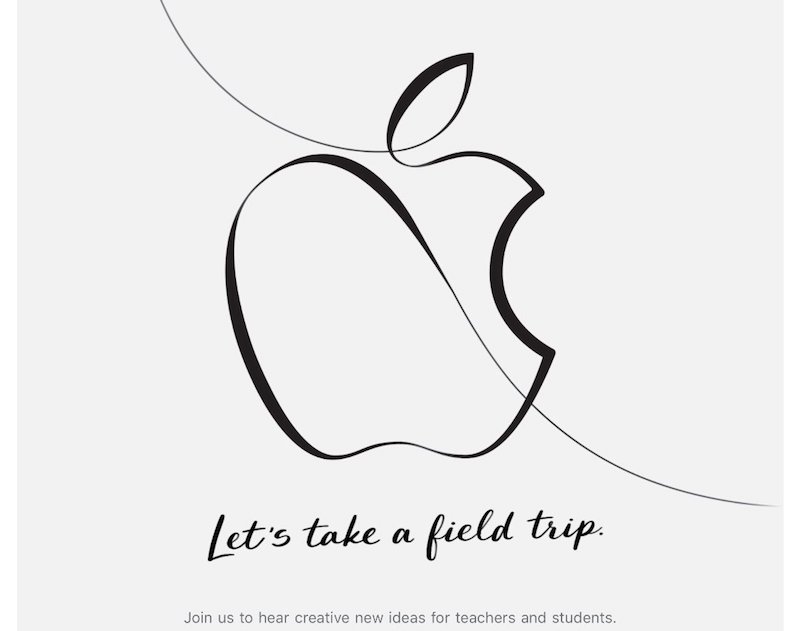 The event will be held at 10:00 AM, Central time at the Lane Tech College Prep High School in Chicago.  In the invitation Apple says, “Join us to hear new ideas for teachers and students.”

We generally don’t report on rumors but here are some things being talked about that may be announced.

iOS 11.3 – a recent beta release included a new framework for educational apps called ClassKit which will allow students to answer questions, which will be immediately transmitted to the teacher via iCloud.

MacBook Air – with the 11” MacBook Air discontinued and the 13: MacBook Air receiving only a minor component upgrade last June there has been speculation that it’s days were numbered and that the 12” MacBook would become the new entry level laptop.  Recently reports have surfaced that Apple was considering releasing an updated MacBook Air with a $799 to $899 price point.  This would not be the first time that Apple released specific education models of its computers and if this new low-price model turns out to be true, it will be interesting to see if it is restricted to education institution purchases only.

9.7-inch iPad – anther possible hardware announcement could be a new lower priced 9.7-inch iPad.  There has been talk of a $259 price point which would be a 21% discount from the current 9.7-inch iPad released last year around this time.  Like the possible MacBook Air, if this is true, we’ll have to see if it is restricted to education institution purchases only.

Of course, all of this could be incorrect and in usual Apple fashion, they may have a completely different agenda.  Fortunately, we don’t have to wait long to find out.

What would you like to see at the upcoming media event?  Why not join the conversation and leave your ideas in the Comment section below.